THREAD – Doctor Who and the weather.  (Why not?)

1/25 “What a lot of weather we are having” they say.  I’m looking out of the window and thinking what impact did the weather have on the first great age* of Doctor Who – 1963 – 89?  *Other great ages are available. 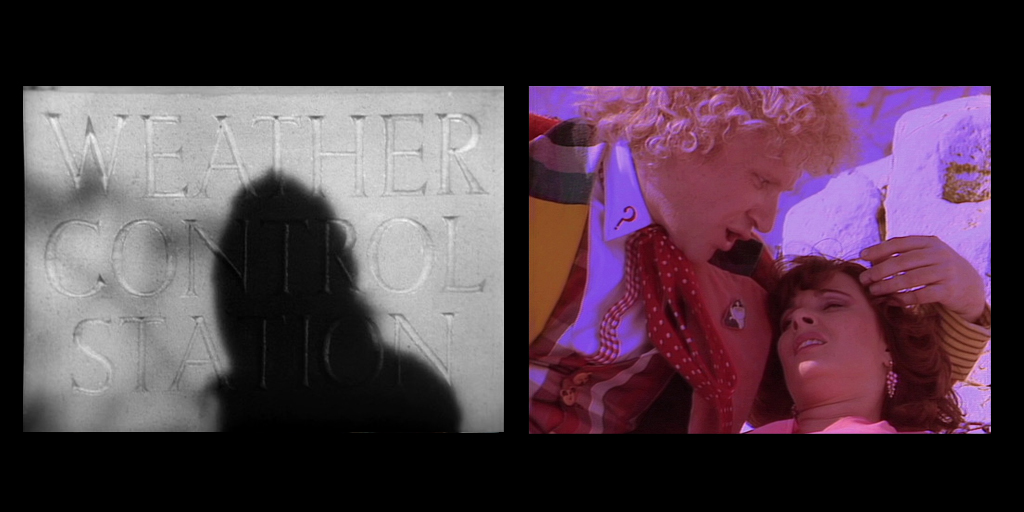 2/25 We know the stories.  They’re usually about the freezing cold. Take home headlines include Katy Manning being surgically attached to Jon Pertwee’s cape, or Janet Fielding’s description of the cold at Heathrow for ‘Time Flight’ – “That was agony.”

3/25 And there’s the race to get the shots in the can before the meagre winter daylight gives in to dusk – the outdoor equivalent of the 10pm lights out in the warmth of the TV studio.  So what of the infamous weather conditions experienced in the UK?

4/25 The long hot summer of ‘76 saw glimpses of the fine weather expected in Italy and Croydon.  It’s only when we reach ‘The Deadly Assassin’ that sun and heat really show on screen, adding to the thirsty ‘fight for survival’ vibe.  Even the sun enjoys a big close up! 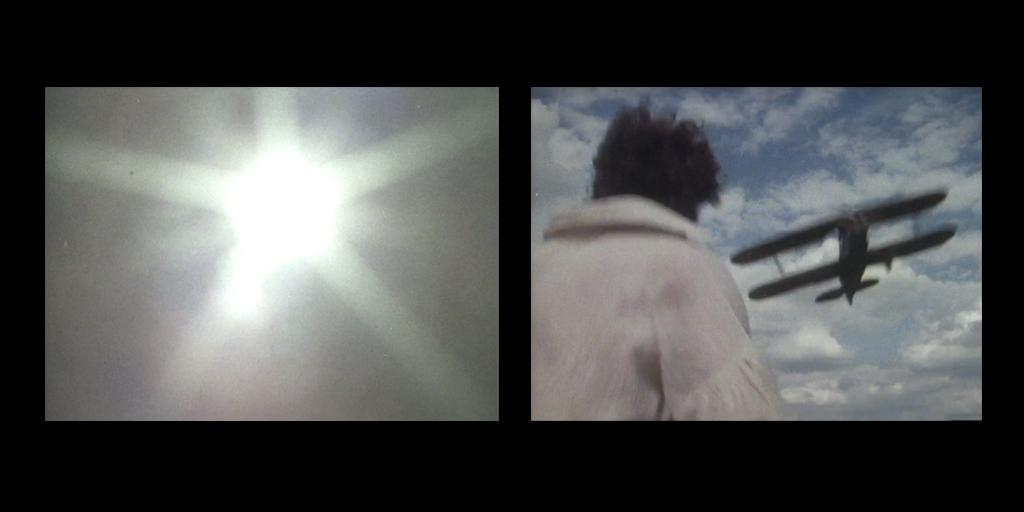 5/25 When the sun is low in the sky, it can be a manna from heaven for the Doctor Who director.  Take the November Surrey sunlight, or the winter-spring of 1973 Wales.  These emotive shots wouldn’t exist in our memories if the forecast was different on those given days.

6/25 Winter offers a sublime shot of the figure emerging from the sea in Zygons. The shot of the Doctor in Logopolis really works because the winter sun highlights Baker’s craggy features and halo of hair.  It’s a study of a Doctor nearing their end. The twilight of the fourth.

7/25 Director Michael Ferguson and Film Cameraman A.A. Englander used the sunlight to maximum effect.  The shots of the Ice Warrior and the Ambassador are rightly celebrated, but would we think of the shots in the same way if the sun wasn’t low down that day?

8/25 Despite these bright spots, chasing the sun in the UK often felt like an impossible dream.  Sometimes the film didn’t bring out the natural blue sky.  It took places like Saville and Lanzarote to offer more certain opportunities for cloudless skies and sharp shadows.

9/25 But Doctor Who isn’t noted for its sunny glamour.  The inconsistent British weather was often responsible for continuity headaches.  Ambassadors and Inferno call struggle with cloud one shot, sun the next.  But it really doesn’t matter, when the action is so good.

10/25 And Inferno benefits from that single day of spring sunshine in Kent, where Slocum is literally blinded by the light as the possession takes hold, or the slow but sure increase in heat, offering added intensity as we realise that the Earth is doomed.

11/25 Sometimes the weather causes me to slip out of the fictional world briefly.  Instead of being amused by Pigbin’s annoyance, I’m thinking how can Derek Ware endure that type of temperature?  It’s the same with Troughton’s splash in a chilly November sea.

12/25 But sometimes it is drab skies, rather than sun, that adds to an overall atmosphere.  Take the grim future-industrial atmosphere of Fury from the Deep.  It’s a bleak North Sea emptiness, where bleak isolation is the order of the day.

13/25 The War Games looks lovely when the sun is out, with long shadows, gentle topography, and contrast between land and sky.  However it’s the cloudy skies on Brighton Rubbish Tip that works for me, capturing the hopelessness and squalor of trench warfare.

14/25 As Matthew Robinson noted about Resurrection of the Daleks, wet conditions often result in exciting reflections and shine on the surfaces.  Aside from that, the dank conditions marry up with the desperate plight of pretty much everyone in the story.

15/25 And the follow up ‘Revelation of the Dalek’ location work is gorgeous, notably because of the brilliant whites hitting the camera lens.  It feels so right for Necros, with the wider themes of death and the winter of life.

16/25 And sometimes the setting demands cloudy or rainy conditions, from the freezing Himilayian climate to the calm after the storm on Orion.  Thank goodness for Wales.

18/25 But sometimes dark cloudy weather is the requirement.  Would the grim fight for survival on Androzani Minor lose its impact if it took place in the glorious sunshine? Or would Victorian London look suitably dirty if the skies were blue?

19/25 Sometimes it’s a jolt to see such care in creating an alien world, only for a rouge moment to break the spell.  Take all the suffocating mistiness on Solos, and then throw in a sunny blue sky moment, where the atmosphere isn’t as toxic that it might appear.

20/25 Sometimes the weather doesn’t play ball.  I wonder what the rooftop scenes of The Sun Makers would have felt like if we were treated to more than fleeting moments of sun.  It’s mid June so not unreasonable for Pennant Roberts to expect the light of the six suns.

21/25 Sometimes the weather scuppers the production.  But it is responsible for quickfire and proactive creative thinking, from nifty rewrites and lines about “freak weather conditions”, to reshoots and extra shots of Timothy Coombe dying a million deaths!

22/25 From the mid-70’s onwards, OB video cameras creep in.  The quality of the image may divide opinion, but it’s easier to see rain falling on damp Dartmoor.  What appears to be the final moments of Ace, are intensified by the torrential conditions.

23/25 And videotape enhances hazy Rollright Stones and the dichotomy of claustrophobia in wide open space.  There is also a sharpness to the sunlight which suddenly transforms wet, miserable Dartmoor into a spotlight framing a gladiatorial fight to the death.

24/25 It’s fitting that the first run of Who ends with filming lasting into summer, evoking everything from dusty Mad Max landscapes, holiday camps, and pub lunches on those dog day afternoons.  It gives this era a distinctive feel, and clear blue sky for its final frame.

25/25 Doctor Who is at the mercy of a greater threat than all adversaries put together – the weather.  Like the time scoop, the clouds follow the filming most of the time.  But rain or shine, the production team’s handling of the unpredictable conditions is remarkable. 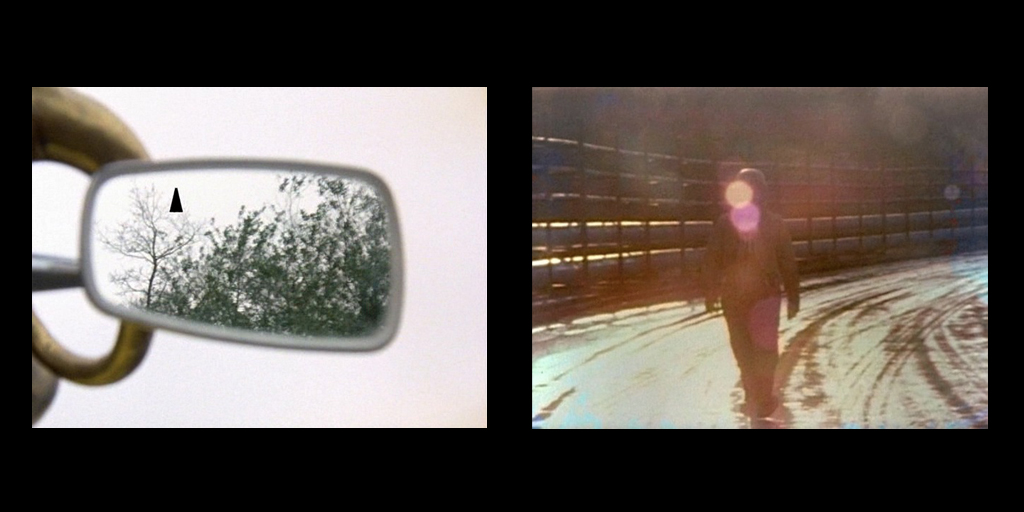